Topic of the fourth roundtable’s topic “Investigating the impact of Livestock and poverty in Kyrgyzstan in the context of Central Asia”. The expert was Dr.Kadyrbek Sultakeev, Phd Candidate (second degree), Institute of Agricultural Policy and Market Research, Chair of Agricultural, Food and Environmental Policy, Justus-Liebig Universität Giessen, Germany.

Agriculture is one of the main sectors of the economy in Central Asia. Most of the agricultural land in Central Asia is desert and pasture mountains. Consequently, livestock is an important part of Central Asian agriculture and plays a vital role in supporting rural life.

Responding to these questions provides useful information on how well the livestock sector can alleviate poverty.

After the collapse of the Soviet Union in 1991, the Kyrgyz Republic carried out the land and agrarian reform by redistributing land and property shares among rural residents. However, despite the reform, government support for farmers is still weak. The study addressed a highly policy-relevant question in Central Asian countries: given that among the countries of Central Asia the Kyrgyz Republic was the earliest reformer, most of the Kyrgyz population lives in rural areas and depends on livestock as a source of livelihood. Thus, Kyrgyzstan provides a unique opportunity to study livestock. However, an empirical investigation into the case of Central Asian countries has not yet been conducted. For this reason, the results of this study have several important policy implications for poverty reduction, where the government plays a key role in planning the livestock sector to increase agricultural production.

The Average Treatment Effect on the Treated (ATT) which measures the impact of livestock on rural poverty is determined by combining the difference in difference method with propensity score matching. The results of this method show that having livestock reduces poverty and giving-up increases the poverty level of households. These results lead to several prominent political implications for poverty reduction in Kyrgyzstan, which are essential in terms of supporting the livestock sector but without overgrazing. Having livestock reduces poverty in both the short and long term. Nonetheless, giving-up livestock increases poverty, but it mainly depends on limited livestock assets because poor people do not have enough livestock to sell and earn income. If the poor farmers receive livestock through relief programs from governments or non-governmental organizations, then they can escape poverty more sustainably.

• Government should pay attention for planning to promote the livestock sector to increase agricultural production.

• Poor should be supported to raise livestock in order to reduce rural poverty, but without overgrazing.

• Access to credit and poor education level would contribute to reducing rural poverty.

• Creating a global brand of “Kyrgyz eco-meat” in the world and exporting it to other countries in huge volumes will be the best strategy for economic growth and poverty reduction in the country.

• The implementation of an animal identification system should be completed as soon as possible.

• Despite the reform, government support to farmers remains weak. Therefore, increased support for farmers, enhanced disaster risk management and the rehabilitation of degraded pastures will be key to achieving agricultural development.

• Farmers should contribute to the development of veterinary services by providing compulsory vaccination of animals and helping to identify the origin of any animal infections.

• Improve rural infrastructure and market to reduce the cost of selling livestock. 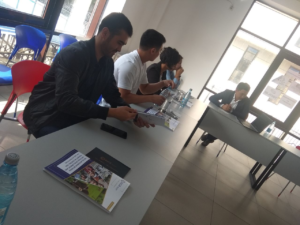 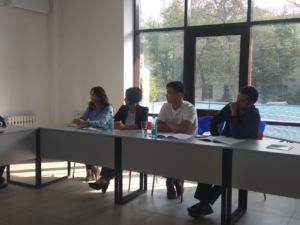